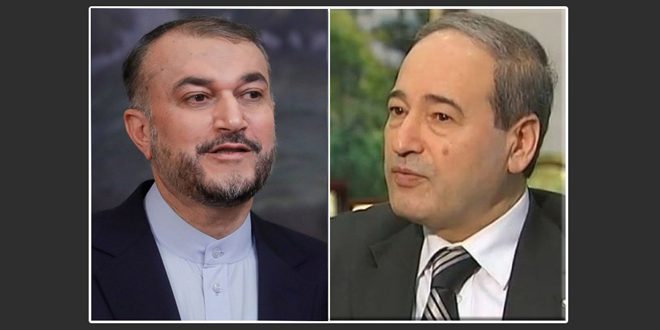 Damascus, SANA-The Syrian Arab Republic condemned the arbitrary decision to which Washington and western states have pushed to take against the Islamic Republic of Iran at the Human rights council in Geneva.

Mikdad Monday made a telephone call with his Iranian counterpart Hussein Amir Abdollahian, saying that Syria affirms that such arbitrary, unacceptable decisions reflect a continuous method taken by western states against independent states in order to implement their destructive agendas in the developing countries.

He went on to say that the decision, to which the western states have practiced all pressures on some member countries at the Human Rights council to adopt, represents a direct violation of the sovereignty of states and their right to follow policies that suit the history and traditions of their people.

Mikdad expressed Syria’s solidarity with the people and government of Iran.

Abdollahian, for his part, hailed Syria’s solidarity with Iran and its people, clarifying that the Iranian people, through their response to the acts of riot, have stressed their belief in their revolution and Iran’s role in facing all western conspiracies. 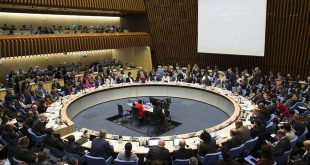 Syria will participate tomorrow in activities of WHO Executive Council

Damascus, SANA –Activities of the 152nd session of World Health Organization (WHO) Executive council will …